Mobile applications are sweeping the globe as a result of digitization. Companies are finding it difficult to focus on the security aspect of their applications at this rate of growth. With reports of popular apps being hacked by hackers surfacing on the internet, Mobile App Development Security has become a hot topic. Everything online, after all, is vulnerable to being hacked and manipulated by malicious attackers. Mobile Development Security is no exception. As a result, it is critical for mobile app developers to consider the application’s security and add new features to ensure that user data and information are protected.

Companies are increasingly investing in mobile application development as the number of mobile phone users grows. There are many apps that carry millions of records but are vulnerable because proper security controls were not implemented during development.

To create highly secure apps, developers must exercise caution during the development process.

1. Data that hasn’t been encrypted

Encryption is the process of converting data sent over the internet into a format that cannot be read or accessed without decryption. Data encryption is used in the development of popular mobile apps because it is an effective way to prevent data from being accessed by malicious attackers and misused. Even if a hacker steals the data, they will be unable to decrypt it, rendering it useless to them. As a result, mobile app developers must create an application that is completely encrypted.

2. Not Putting The App Through Its Paces Several Times

You must create an app that users can trust, and in order to gain that trust, you must create a secure app. Developers frequently overlook the importance of thoroughly testing an app before releasing it. You get to explore the loopholes that you might not be aware of

by testing the app multiple times.

You also give the app to a few people you trust for testing purposes. You can get enough feedback and see if the app has any flaws by allowing only a few people to use it.

As a result, you’ll have easier access to the app and will be able to fix any issues it may have.

Numerous app developers may create their apps extra secure, but their server-side safety is defenseless to attack. Negligence like this can result in the loss of sensitive data like credit card numbers, personal identification numbers, and more. If you collect large amounts of user data, invest in a certified Secure Sockets Layer (SSL) and avoid using low-grade security encryption to prevent data leaks from your analytics and advertising.

If you’re involved in coding in any way, you’re probably aware that there are a plethora of online portals that allow you to use ready-made codes and frameworks. While hackers do not write all of the odes, they do write some of the codes that are then added to the portals.

When someone takes those codes and applies them to the development of their apps, they unwittingly open the door to hackers. If you want to create a secure app, either verify the codes before using them or don’t use them at all. This is especially important if you’re creating an app that stores sensitive user information.

When app developers realize they didn’t use high-level authentication when developing the mobile app, one of the major security issues they’ll have to deal with later is one of the most serious. When it comes to mobile app security, the authentication mechanism is the most important aspect.

6. Data storage in the device’s memory

As an app developer, you must consider a variety of factors, one of which is what will happen if your user’s device is stolen.

Even if it isn’t necessary for you, it still affects your app, so you should consider it. Developers frequently build apps in such a way that they store important data like credit card numbers, passwords, usernames, and so on in the device memory as well as on the server.

However, if the device falls into the wrong hands, your app data will be used as a source of information, potentially resulting in the loss of sensitive user data.

8. Enterprise Mobility Management (EMM) is used to protect the device

An EMM solution will effectively protect the device from being jailbroken or rooted. This avoids the loss of built-in security that a mobile operating system provides in order to keep data safe for an extended period of time. An EMM can also be used to authenticate users prior to the launch of an app and to apply various security policies to prevent data hacking.

There you have it: the top eight security issues in mobile app development to consider in 2021.

If you’re planning to develop an app this year, this should be your go-to list for learning the dos and don’ts of the industry. Codexxa believes that these 8 Security Issues of Mobile App will help you to plan your business and website. Codexxa is one of the leading Mobile app developers for Personal to Corporate Websites. All of our Security tools are Responsive, they are Mobile Friendly. You need not script separately for your Mobile Apps operation and your security concerns will be reduced for Mobile Apps. So Contact Us Today. 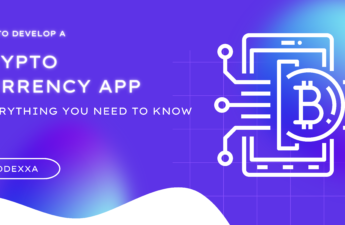 How to Develop a Cryptocurrency App: Everything You Need to Know

How Does Mobile Tourism Apps Development Influence Your Business?

View all posts by codexxaindia →